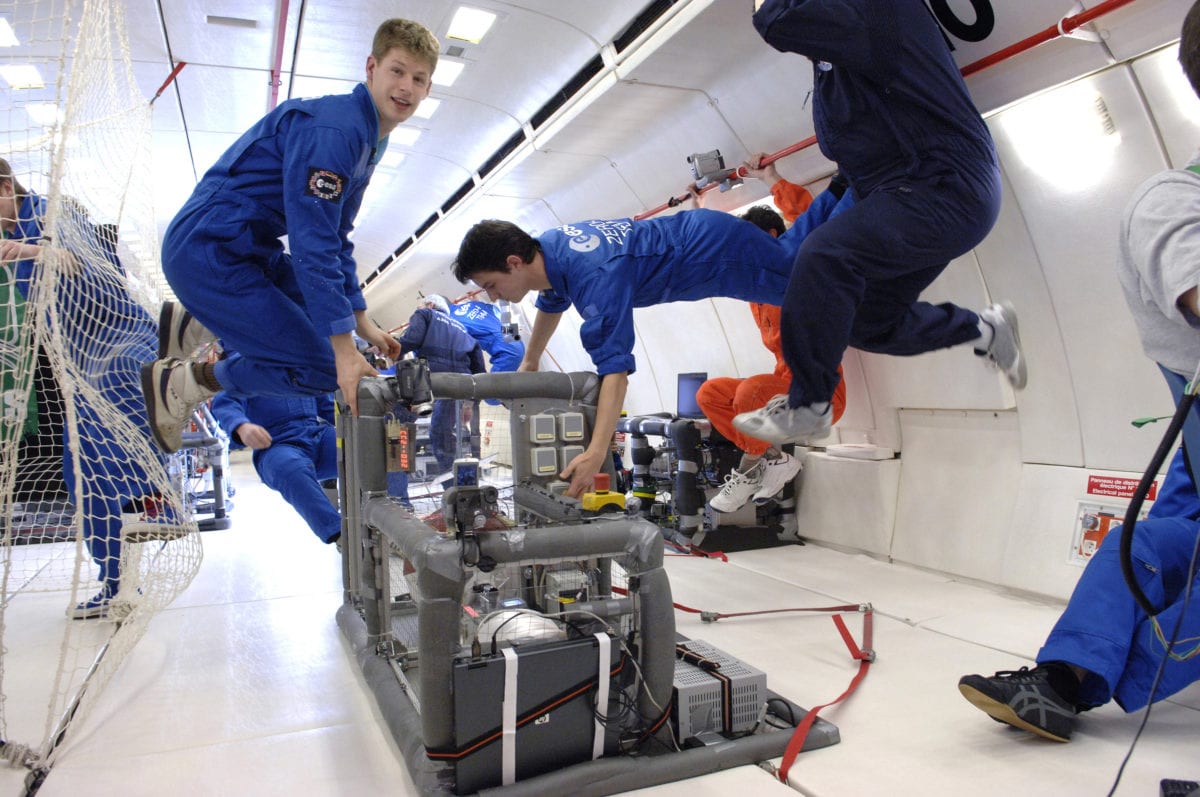 I now live in The Hague, in The Netherlands, with my wife Eliane. I work as an Altitude and Orbit Control Systems Engineer at the European Space Agency (ESA) – ESTEC. This is a fancy way of saying that I help make sure that ESA’s new satellites will point in the right d
irection and will be in the right place at the right time. I recently just joined an a cappella group – Pitch Control – to fill in some spare time, and am hoping later this year to fulfil a lifelong dream of riding in a fighter jet; because how awesome would that be?

After University College I finished off my Aerospace Engineering and Business degrees at RMIT and then began writing to space engineering companies all over the world to see if anyone would take me on. Eventually I got a job in The Netherlands and Germany working on the YES2 mission, where we snagged the Guinness World Record for the largest man-made thing in space – a 32km piece of kite string that we used to (attempt to) bring back a payload from space without using rocket fuel. After being unable to stay due to visa technicalities, I moved to the US where I completed a PhD in Aerospace Engineering. This mainly involved playing with wheeled and flying robots and making them avoid obstacles using mathematical concepts stolen from insects. I then worked at NASA Goddard for several years, preparing for a future robotic satellite-repair mission, and finally returned to The Netherlands to marry the girl I met on a sketchy dance floor here many years ago.

Highlights for me have always come from working in a team, pulling long hours, to get an experiment done. The most memorable of these is easily our YES2 test flight in the European Vomit Comet – an aircraft that flies along parabolic trajectories (going up and down steeply) to simulate weightlessness. Some of the time we had to concentrate and make sure we pressed a button at the right time whilst not floating away, but most of the time we were doing somersaults and supermans.

My fondest memory of being at UC was of telling freshers what to do through a megaphone, during O-Week. I also have favourable flashbacks of Turns, Naughton’s hot dogs and $1.50 pots of Geelong Bitter, wearing a penguin suit to support the chicks’ footy team as a mascot, impersonating high table speeches from academic deans at the soiree night, and mostly just having friends right down the hall. I’m still in contact with my UC mates, Ange Madden, Nic Kennedy, Dave Slutzkin and Cath Young and try to catch up with them when I’m back in town.

I believe that UC definitely shapes you as a person. UC is your entire community at a time in your life where you are learning new things, meeting new people, writing quasi scientific articles about vomit trajectories in the UC magazine, living in a new city, and deciding who you are.