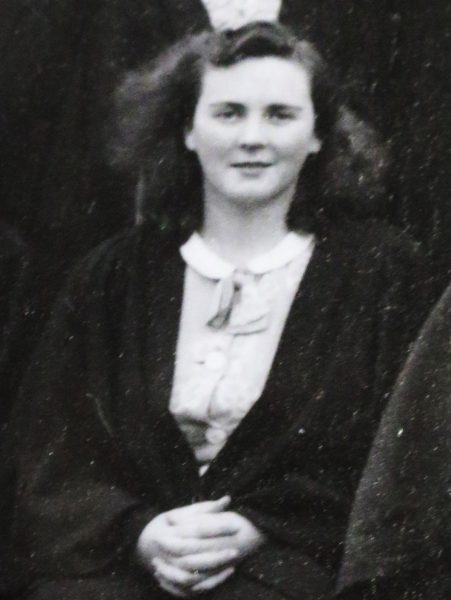 Gwenda Rodda was a student at University College from 1947-1948 and studied a Bachelor of Science at the University of Melbourne. After her studies, Gwenda went on to be the first female to volunteer to Indonesia in 1952.

When Gwenda returned to Australia in 1954, she worked in the pathology lab of the Bacteriology School of the University of Melbourne, but returned to Indonesia in 1956 to head a Pathology laboratory for the Indonesian Department of Health in Banjarmasin.  In 1957 she was the bacteriologist in an Australian team sent to Singapore under the Colombo Plan to carry out a TB survey there.  On return, she joined the QMIR (Queensland Medical Institute of Research) and went on to obtain a Masters at the University of Melbourne, with research on atypical mycobacteria.

In Queensland, in 1964 Gwenda married Mervyn Spencer, a barrister from Sri Lanka with two children, but she had to resign because of the policy of the Queensland public service of the time. Whilst out of full-time employment, Gwenda did further study and obtained a BA in English and History as well as a Dip Ed at the University of Queensland. She and her husband had two children (Diane and Thomas), and she taught as a high school teacher for ten years from 1974. She then resigned from teaching and went back to part-time employment in the Microbiology laboratory at the Royal Brisbane Hospital in 1984.  In her spare time from 1992 onwards, she became involved with refugee resettlement.  She resigned in 1996 from the Hospital because of her husband’s failing health.

After her retirement she spent more time working with refugees from across the world through a local organisation in Brisbane.  Gwenda has helped newly arrived refugees by introducing them to Australian life. Her assistance ranges from meeting them at the airport, helping them to find housing, furniture and work and engaging them with their local communities.

As an alumna of the College, we are proud to share Gwenda’s remarkable achievements. Like so many women who attended the College in its early years, Gwenda went on to lead an impressive and formidable life, paving the way for empowered women to follow in her footsteps.